Demographics and consumer behavior of China's newest generation of parents 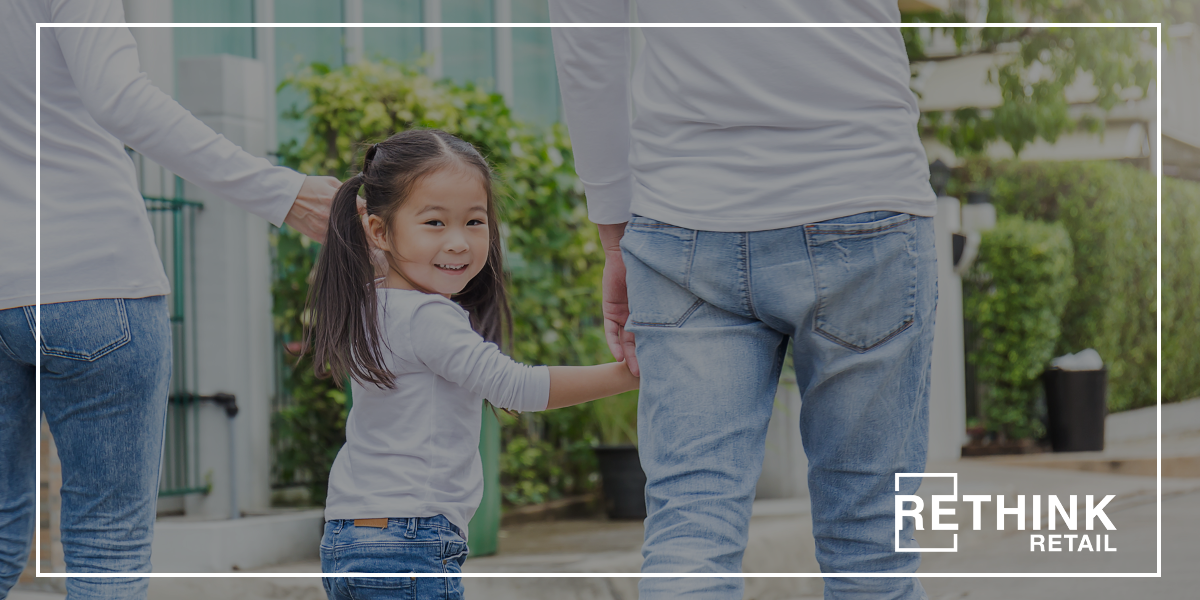 Parents in China are living in a different world not only from that of their own parents but even from the world of parents in 2015 or 2020.

On January 1st, 2016, China’s two-child policy officially came into effect not only allowing but actively encouraging families to have two children. Then, in May 2021, the three-child policy was announced, further promoting the concept of larger families.

Since then, more family, education and child-related policies have been rolled out in the hopes of making raising children more affordable and less stressful for parents and children.

Such measures include limits on the amount of time teens can spend playing video games, scrutiny of video game formats, a ban on for-profit after-school tutoring centers, and limits on the amount of homework that can be given to young students. It’s a lot to take in but what’s abundantly clear is that the Chinese authorities are firmly in favor of parenthood and larger families.

So, who are the people parenting through these unprecedented changes? Let’s take a look at what Alarice’s report on China’s super mums and dads shows.

Most parents are in the post-80s and 90s age groups. The growth of the maternity and infant sector is mainly fuelled by post-90s parents, who prefer to buy products online.

Post-90s super moms account for 70% of sales in the parenting and child category, according to data from JD.com. They’ve become a major market force, preferring trendy products while being less price-sensitive. 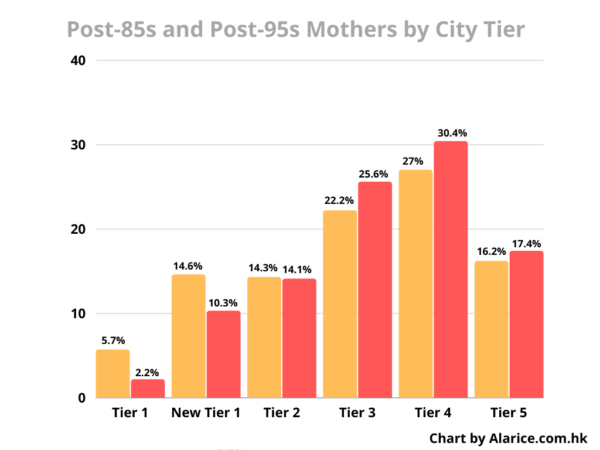 When it comes to parenting apps, this generation is known for its sharenting or shài wá‘ (晒娃) – oversharing baby pictures and content featuring their children. 80% of parenting app users are women and 20% are men and most have tertiary education. 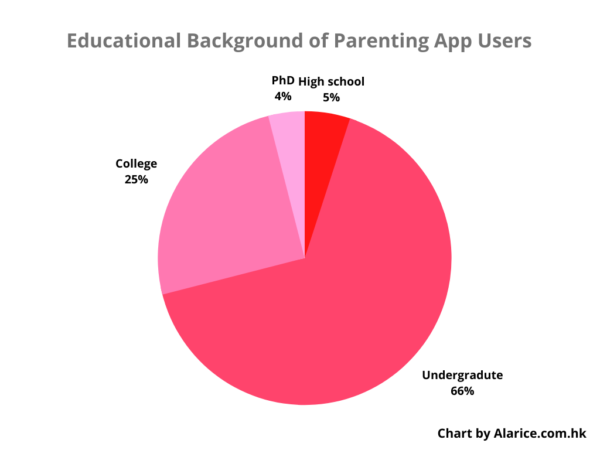 The attitudes and behaviors of China’s new mums and dads

China’s millennial mothers don’t conform to traditional norms or feel obligated to give up their hobbies, interests or fashion sense just because they’re mothers.

They’re the new generation of Post-90s moms. It’s similar to the difference in parenting in the West between the 1950s and the 1970s and this is the first generation of parents that are asking new questions about parenthood, rather than simply accepting what was done before.

These mothers turn to other moms their age for advice rather than their own parents. They’re less sensitive about prices and more concerned about product safety and quality.

More affluent parents feel entitled to self-care and see investment in premium brands as a necessity for themselves and their kids. They love to shop for high-quality kids’ products via cross-border e-commerce. These mums place a high value on autonomy and confidence so brands should convey messages that speak to these values.

Chinese women’s choice of spending for 2020 can be broken down into four key areas according to Nielsen China:

Today’s dads are unlike the traditionally solemn, stereotyped image of fathers from the older generation. Post-80s and Post-90s dads, who are mostly between 25 and 40, are trendy and pursue self-improvement. They pay attention to product quality and have sophisticated tastes.

According to data from iiMedia Research, in addition to parenting and children’s products, new dads tend to invest in men’s clothing, personal care items, as well as sports and fitness products. 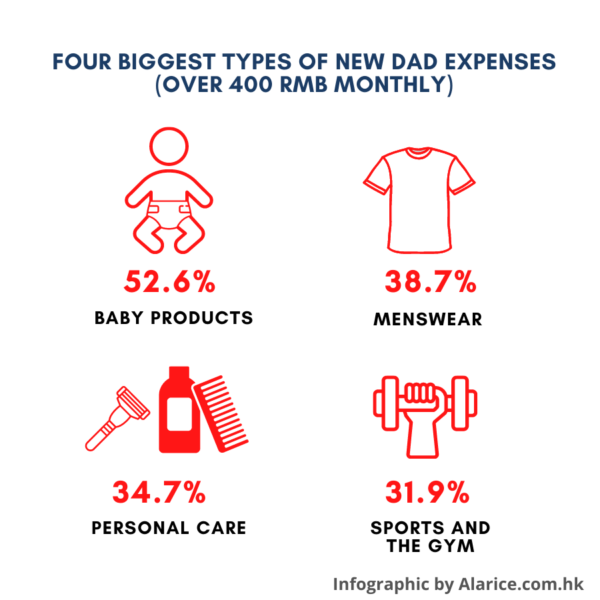 Expenditures on children account for a huge proportion of family incomes.

Most families spend 1,000-5,000 RMB on children monthly. Expenditures on daily necessities and education are almost the same. In 2019, revenue from parenting and children’s products reached 2.9 trillion RMB.

E-commerce and social media are here to stay

Parents with children aged 0-12 are the main group of mobile internet users, with 300 million active users online. Most mothers use apps to stay in contact with friends and other moms and to receive maternity-related information. Short video platforms like Kuaishou and Douyin are very popular with young mothers.

According to QuestMobile, in April, the average monthly time spent on the internet by parents with kids aged 0-12 rose 13.1% YoY. 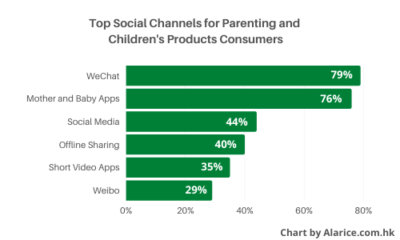 E-commerce in this sector is growing fast and is expected to reach 872.37 billion RMB by 2020.

iiMedia analysts believe that the shift to a two-child policy, an increase in per capita disposable income, more sophisticated consumption choices and an influx of younger consumers mean that the maternity and infant care sector still has considerable development potential.

Online e-commerce will be the core focus for this sector. 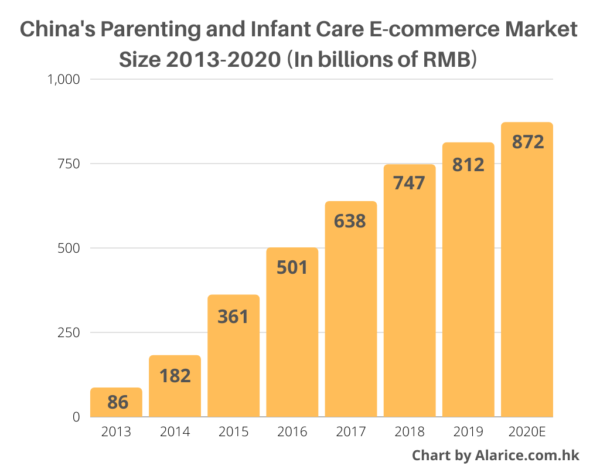 To find out more about this important consumer group, check out Alarice’s Chinese Consumers: Super Mums and Dads report here. 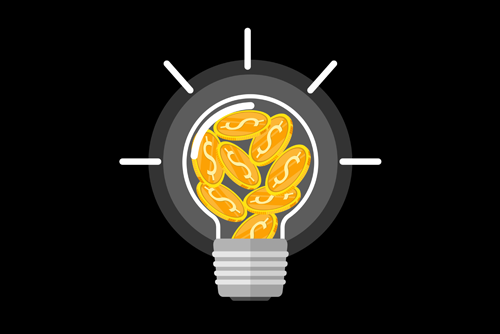 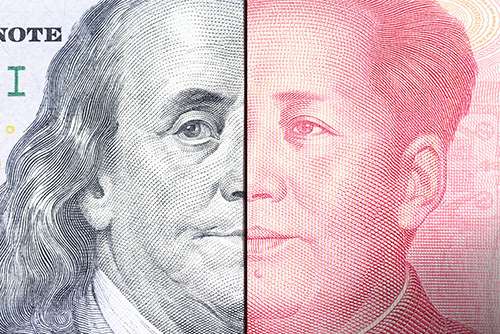 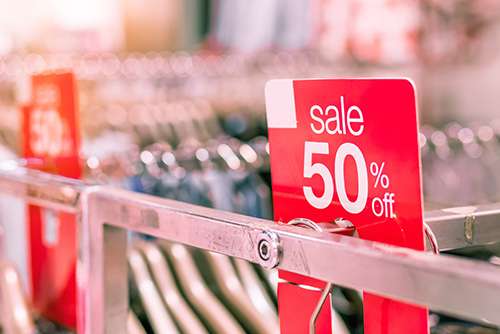