COVID-19 and Its Impact on Consumer Behavior 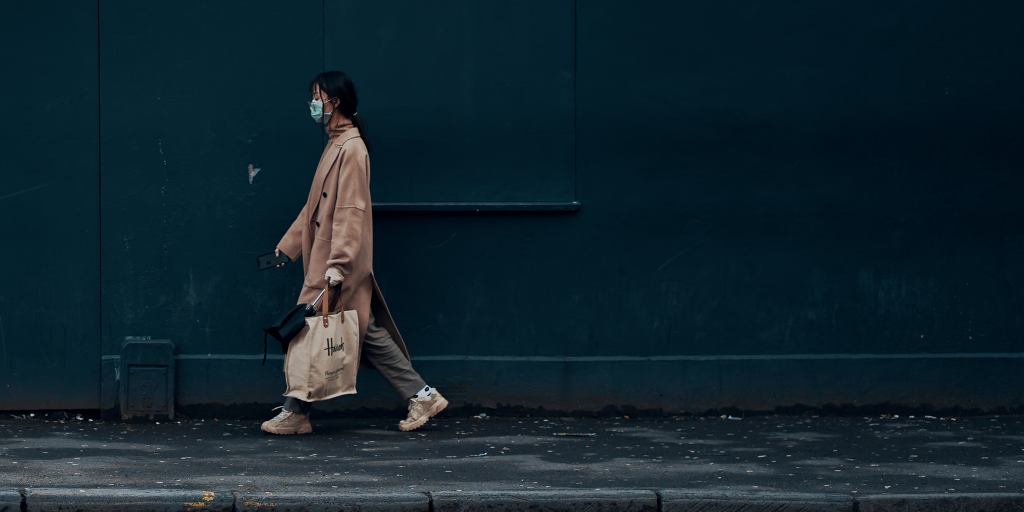 COVID-19 and Its Impact on Consumer Behavior

For retailers and consumers alike, month two of social isolation is making people restless. But in addition to them staring out of windows and wanting to enjoy the outside world more often, there’s another change going on inside: Consumers have changed their behavior during the COVID-19 outbreak.

Consumers are choosing ‘wants’ over ‘needs’

Non-essential retailers are in a bind right now. Retail stores, especially apparel, are legally obligated to close their doors in order to avoid endangering staff and consumers. For online apparel retailers who already had a strong digital marketing background, this may not hurt business as much. There may be consumers who will cash in on Victoria’s Secret Angel Reward points, Kohl’s Cash online and similar apparel programs. But aside from boredom buyers with disposable income, the larger majority of consumers are focusing on absolute necessities.

That doesn’t mean that reward program points go out the window on their shopping lists but certain ones are becoming more of a priority than others. Amazon Prime is still active at Whole Foods Market and on Amazon.com, and Target customers can still use the Cartwheel app (recently renamed to Target Circle). But shoppers are being more specific about investing in absolute necessities instead of monitoring the latest trends and promotional deals for non-essentials.

According to the management consulting firm L.E.K. Consulting, there have been several drops in consumer spending:

However, unquestionably necessary items have made a bigger boost:

And of the most stocked-up items, retailers that sell everyday groceries are at the top of the list:

In addition to basic necessities in high demand, the culture and policies inside of retail stores have made some changes, too.

Customers get cleaner and space out

Pre-coronavirus consumers mainly trusted health inspectors to keep track of whether restaurants and grocery retailers were up to par on keeping their stores sanitary. Nowadays, each consumer has become an amateur inspector, spying cashiers and cooks to see if they’re wearing face masks and gloves. Credit card, cash and receipt exchanges are counter-to-counter to avoid hand-to-hand touching.

Fast-food chains like Burger King are even making their hands-free policy the central point of their marketing ads. GrubHub, DoorDash and other food delivery services have notified customers of how drop-offs will be made between delivery drivers and socially isolated homes. Even AutoZone doesn’t get inside of customers’ cars anymore; the customer has to help with the diagnostic check while employees stay six feet away. Cleanliness and a respectable distance have become heavily emphasized by credible resources such as the Centers for Disease Control and Prevention, and it’s done so to save lives.

While retail stores are shutting down earlier to safely stock up and clean shelves and floors meticulously before the next round of customers come in, customers have taken it a step further on their end, too. According to Business Wire, 87 percent of shoppers prefer touchless purchases or self-checkout options. More than two-thirds of consumers are opting for self-checkout to decrease the hand-to-hand exchange from cashier-to-consumer (and potentially baggers).

In touchless stores, consumers don’t even have to worry about pressing numbers on self-checkout screens, credit card pin pads or pulling receipts. The paperless, touch-free exchange in-store chains like AmazonGo can be completed with advanced technology and no checkout altogether. Just grab your chosen items and then leave.

For consumers who may have felt like they were “doing the work” for the cashier before, this could make them reevaluate their dependency on a cashier to complete store transactions. Meanwhile, some cashiers are being used more for customer service-related inquiries and non-monetary roles (ex. stocking, cleaning, mobile-to-store packaging).

Even in retail stores where cashiers and other workers are being hired in large numbers, some retailers are limiting the interaction between consumers and workers.

On April 4, Walmart made the decision to limit the number of customers who can be in their stores at once. This new policy bypasses retailers who were allowing senior citizens more space and time to shop during earlier hours. For all age groups (during normal store hours), Walmart store locations will now allow no more than five customers for every 1,000 square feet at a given time, roughly 20 percent of a store’s capacity.

While Walmart and other retailers are adding more signage inside to remind people to keep a six-foot distance apart, Amazon’s biggest competitor is taking it a step further by regulating store entry and store exit through a single door instead of allowing it to be the free-for-all that the multi-billion dollar store chain is known to be.

What happens in retail after COVID-19 dwindles?

The only way to know what will really happen in retail is to wait it out. Will consumers depend on cashiers again for their purchasing needs? Will self-checkout and grab-it-and-go options be the new norm? Will consumers get so used to this new personal spacing that crowded stores will seem “so passé”? Will it take consumers far more time, even after the vaccine, to trust themselves to be comfortable among each other again? It’s possible.

BBC reports that during the time of the Spanish flu—which resulted in an estimated death toll of between 50 million and 100 million—cities like St. Louis, Missouri that followed social distancing measures had a much lower death rate than those of Philadelphia, Pennsylvania, which ignored warnings about public gatherings altogether. Populations in slums and other poor urban areas were hit the hardest, specifically those with poor nutrition and sanitation, and often those with underlying health conditions.

Although 2020’s public health system is altogether different than that of the past, it was the reaction during and after the pandemic that helped survivors get back to a new “normal.” The good news is public health options have improved for a larger majority versus World War One, and technology has tremendously advanced more than a century later. However, there may still be the same kind of lingering hesitation from consumers regarding visiting closed-in facilities (ex. theaters, churches, schools, malls) then and now.

Will it be so much that retail stores will never get back to their former selves? Not really. For stores that were already at risk of closing (ex. GameStop), unfortunately, the odds were against them anyway. But for essential retailers that were previously doing well and who continue to keep their ears on the pulse of tech advancements, there’s optimism that the retail industry could be even better. As has always been the case, retailers need to fully understand what their customers need and want from them—besides toilet tissue and grocery perishables.

Chances are consumers and retailers may never go back to the way things were before January 2020 when the first case hit in the U.S. But just like any other pandemic that set the U.S. back and we fought our way through, attitudes and business culture evolved. And evolution makes us all better anyway.

One Year Down the Line, the Grocery Sector Proves Resilient to Pandemic Woes