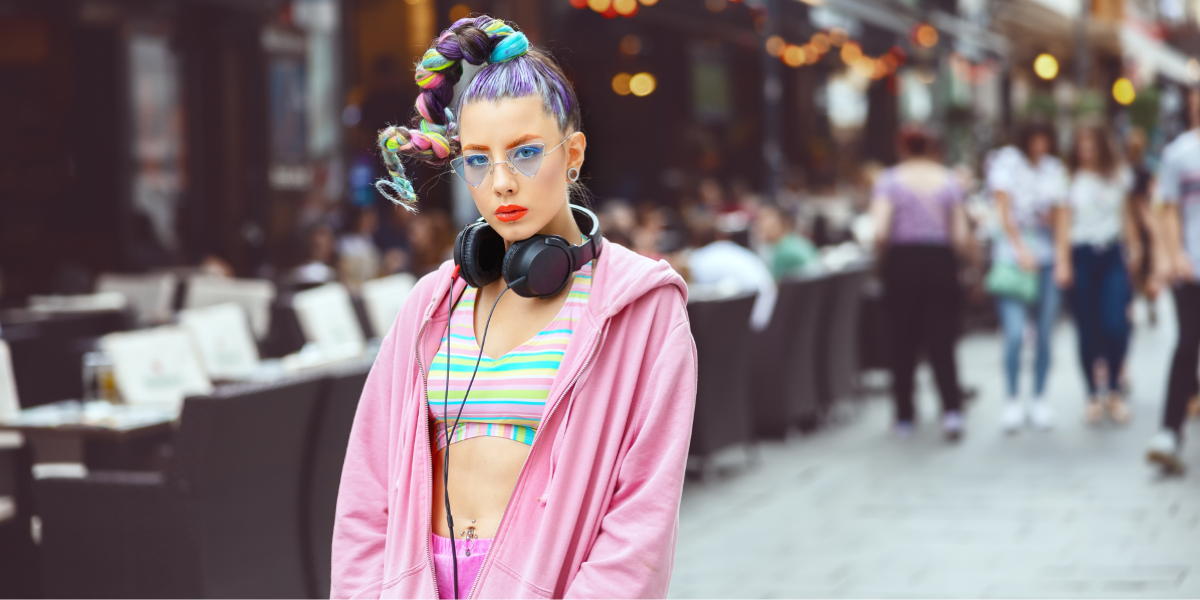 For those who haven’t been following along, Gen Z’s disdain for side parts and skinny jeans finally made it to the mainstream last month as media agencies caught up with the news on TikTok.

That’s right, millennials and Gen X ers, side parts, skinny jeans, and even our use of the crying-laughing emoji are all deemed practically archaic by the zoomer generation.

And while we primordial millennials begrudgingly clutch on to our skinny jeans, the fashion and retail industry is catching on to the trends being set on TikTok in real-time.

From Louis Vuitton and Gucci to H&M and Forever21, wide-leg, roomy trousers, and jeans have been spotted in nearly every Spring 2021 collection.

Other Gen Z revived fashion trends include 1990s-inspired bucket hats, baguette bags, bold neons, and the return of the infamous matching track and sweatsuits of the early 2000s. 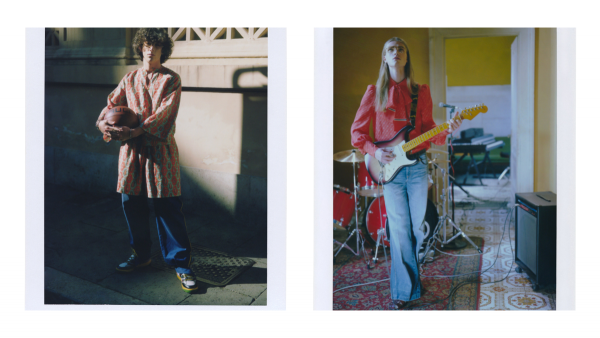 Are you really not on TikTok yet?

Predominantly used by consumers under the age of 30 (62%), TikTok has amassed over 1 billion users in 150 countries and has been downloaded over 200 million times in the United States alone.

In its recently released 2021 Consumer Culture Report, data collected by 5W Public Relations revealed that 28% of Gen Z ers have purchased a product they saw on TikTok, with 8% doing so more than once.

Dara Busch, president of 5W PR’s Consumer Practice, told RETHINK Retail that the authenticity of the content on TikTok is what appeals most to Gen Zers and sets it apart from other social media sites, such as Instagram.

“We see that with clients and brands that we follow, there is such a huge authenticity about TikTok that if you’re not there, you’re really missing out on a really good opportunity,” Busch revealed. “Gen Zers are really diving in there and they’re willing to engage because they feel like they can see things in their own lives through other people and brands.”

73% of Gen Z consumers have increased the time they spend online shopping, with 30% adding anywhere from 1 to 4 additional hours each day — 5WPR 2021 Consumer Culture Report

E.l.f. and the power of brand fandom

In 2020, numerous brands, including Starbucks and Aerie, pushed out successful campaigns on the video site. Even fast-casual restaurant chain Chipotle got in on the action when it launched a #boorito campaign over the 2020 Halloween weekend. If you think that sounds silly, you may be right. But in TikTok world, silly wins big and Chipolte’s campaign has been viewed over 4 billion times.

E.l.f. Beauty likely presents the most powerful testament to the opportunity TikTok presents for brands. Founded in 2004, e.l.f. was one of the first e-commerce beauty brands to launch during the dot.com boom. Known for its clean and cruelty-free ingredients and affordable price point, e.l.f. has seen impressive growth over the past several years: In 2020, the 17-year-old beauty brand produced year-over-year revenue growth of 10%.

So what’s behind the recent growth?

During a Big Ideas session at the National Retail Federation’s 2021 Big Show: Chapter One, e.l.f.’s Director of CRM and Customer Growth Brigitte Barron directly attributed much of the company’s growth to Gen Z consumers and the brand’s growing presence on TikTok.

Since then, the campaign has seen more than six billion views, and more than five million user-generated videos were created as part of the challenge.

“We’re actually one of the top five favorite beauty brands of teens and our ranking has consistently gone up,” Barron revealed. “ In fact, in Piper Sandler’s 40th semi-annual teen survey, we’re now ranked as the number two favorite cosmetics brand among teens, up from number four last year.”

Trinity Wiles, co-founder and director of product development at Where and Share, told RETHINK Retail that TikTok is like the “Wild West” of social media. With its hyper-personalized algorithms, brands have the opportunity to deliver niche content to the right people—a tool that has allowed brands to rapidly grow their followings and accounts.

What’s more, TikTok allows brands to link up with influencers that have already gained the interest and trust of hundreds of millions of Gen Z consumers. Dunkin Donuts, for example, teamed up with TikTok megastar Charli D’Amelio last year to launch an official beverage named after her drink of choice.

@charlidameliogot my own song and it just hits different. show me how you “do the charli” while you drink ‘the charli’ using #charlirunsondunkin!! @dunkin #ad♬ The Charli – Dunkin’

Following the launch of “The Charli” drink, Dunkin‘ said it saw a 20% sales increase the day D’Amelio’s drink debuted and a 45% surge the next day—not bad for a regular iced caramel coffee.

“TikTok is where Gen Z ers are spending a ton of their time—that’s where they’re creating,” Wiles revealed. “It’s not enough to just be on the platform. You need to actually tap into the network of influencers and the content creators that are creating videos and creating these viral trends.

If you have yet to launch your first TikTok campaign—what are you waiting for? Gen Zers are ready and waiting for the next big thing. 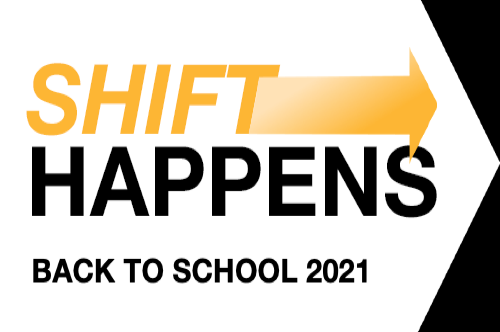 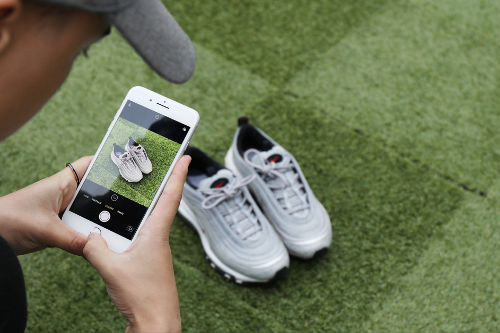