If the Technology Fits, Wear It

If the Technology Fits, Wear It

And in 2019, being a “Brick House” who is a size zero may sound nice, but it’s just not the average American woman’s reality. National Health and Nutritional Examination Surveys compared its numbers to ASTM International industry clothing size standards and came up with the following: The average American woman wears Misses clothes ranging from sizes 16 to 18. In plus-size clothing, the average is 20W.

So if Americans — women especially since they’re statistically more common apparel shoppers — know what sizes they wear, why isn’t buying clothing online much easier? And why aren’t virtual fitting rooms more accessible to help out in the purchasing process?

One of the top reasons that clothing still wins over in brick and mortar stores versus online retailers is consumers often need to try on the clothing. Approximately 80 percent of consumers prefer to make sure the outfits are comfortable on their bodies.

If Jack Threads was universal, buying clothes online should be a breeze. Consumers should be able to whip out a tape measure, write down their waist and chest sizes, then buy all the clothes they want online. In reality though, the Commodores “Brick House” song was on to something. While Americans overall, both men and women, are heavier than they used to be, their proportion sizes are still not uniform.

This is one of many reasons why former model Kimora Lee Simmons launched the clothing line Baby Phat in 1999 and pop star Jennifer Lopez launched J.Lo in 2001. These two clothing lines, along with several more, understand that just because a woman wears one size in her waist does not mean the same rules apply in her hips or thighs. Stretch jeans and plus-size jeans resolved the disastrous gap in the waist and stiff dent lines in the thigh area.

But even though a few apparel lines are more forgiving when it comes to a change in the size of today’s woman, there’s still the matter of finding virtual fitting rooms that will allow them to “try the clothes on.” In such a forward-thinking technology world, why are virtual fitting rooms not as popular as online shopping? And for the few that are, what are the pitfalls?

Where virtual fitting rooms get it right and wrong

It’s not that consumers don’t want to try out virtual fitting rooms. There were 258 backers on Kickstarter who pledged $68.2K to bring Fitle virtual fitting room to life. This by far exceeded Fitle’s original $50K goal. And the company, located in Paris, is now accessible at more than 50 e-shops. But that still leaves consumers short-handed who aren’t interested in buying from these particular brands.

Superpersonal, another virtual fitting room, is on a first-come, first-served basis. Consumers who want to use the mobile app immediately are out of luck. While the site will allow users to take 3D images, with the help of a red light, to narrow down their movements, there’s no clear indication of when the app will be ready for use for each user.

FXGear Inc.’s Fit’N Shop, however, is available now. Walk up to an FXMirror and scan the QR code to immediately start testing out clothing. But if consumers have to find these FXMirrors in stores, this defeats the purpose of shopping online. The whole idea is to not have to go into a retail store at all. The alternative to shop from home is to use the “Avatar Fit” option. 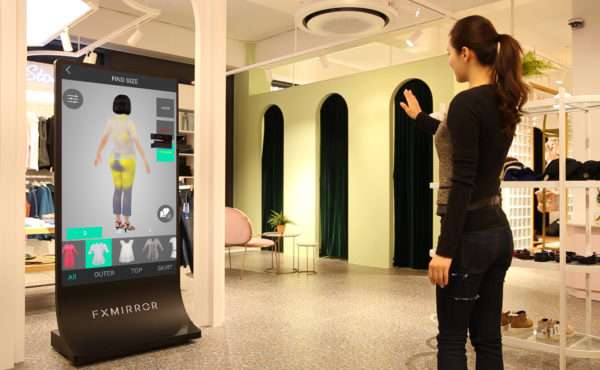 Smartphone users can edit their face shapes, hair, complexion and body size. Where the app gets problematic is for anyone who is plus-size and/or a person of color. Instead of evening out the entire complexion of the avatar’s skin, the avatar maintains a similar beige complexion but edits the face to take on the user’s facial features.

There are other issues, too. The maximum waist size is 84 centimeters (33 inches). That leaves users whose waists are bigger than a Medium (according to body chart numbers) either still unclear on how they’ll look or creating new bodies just to try on clothing. The same size issue occurs with the hip maximum at 111 centimeters (43 inches) and a 36-centimeter max (14 inches) for arms. 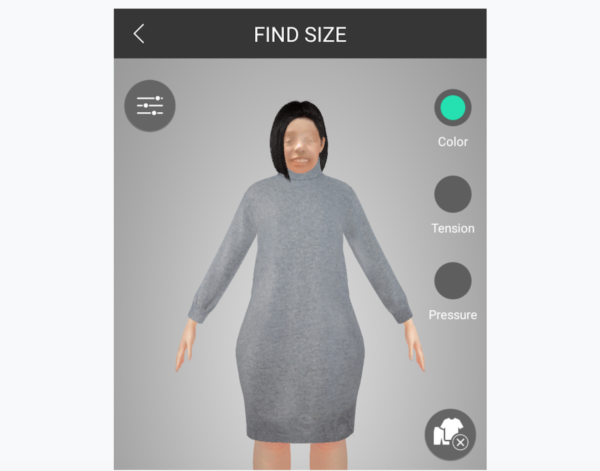 Unfortunately, while technology has advanced in everything from communication to delivery, it still has not caught up when it comes to the “look” of people today.

What happens next with virtual fitting rooms?

Virtual fitting rooms could more fairly represent Americans if they were American-based companies. (The companies above are all from other countries.) On the upside, for a free mobile app, Fit’N Shop has the most potential to help consumers test out different apparel from home.. If an outfit is a hit, maybe those consumers will then try to find the closest option to it from other stores. (The clothing at Fit’N Shop does not have an option to ship to the United States.)

Will there come a time when all online retailers will make it easier for customers to shop online via virtual fitting rooms? Only time will tell. But according to Paula Rosenblum (a managing partner and co-founder of Retail Systems Research), there’s a return rate of 7-8 percent in brick-and-mortar stores and 30 percent of returns happen online. While users cannot feel and touch the products that they buy online, more virtual fitting rooms would at least allow them to “see” it.

And in the process, retailers could save themselves excessive funds for covering online shopping returns.

Disruptive Tech: Are Gen Z and Millennials Privacy Indifferent?
Tweets by RETHINK_Retail
STAY INFORMED
Thank you! Your submission has been received.
Oops! Something went wrong while submitting the form.