‍For women of color, “nude” and “flesh” makeup, shoes, shapewear and other undergarments have been problematic for decades. Merriam Webster defines “nude” as “having a color that matches the wearer’s skin tones.” But for melanin skin, nude products stick out about as much as yellow or orange.

Makeup lines such as Iman Cosmetics and Fashion Fair were early cosmetic fixers for women of color, and Mixed Chicks founders marched to the lab in 2003 to master hair care products for biracial women; then they expanded onto makeup, too.

Rapper/actress Queen Latifah became a CoverGirl in 2006, proudly explaining that she wanted to help the makeup brand do away with the “ashy” grayish look that so often appeared on African-American actresses in early movies and TV shows.

Black-owned vegan beauty brands like Mented and the Lip Bar have seen a huge surge in growth over the last five years, and Rihanna recently became the world’s richest woman musician, co-partnering with LVMH to create the makeup brand Fenty Beauty.

With all of these clearly lucrative examples of how women of color (WOC) would buy products that complemented their skin tones, it’s a wonder why it took a little longer to climb over into apparel, shoes, pantyhose, lingerie and shapewear.‍

Mixed opinions when ‘Nude’ gets an upgrade in shoes

In 2013, Christian Louboutin started a Nude Collection of flats and heels. Options include Solasofia flats and heels with names like Pigalle Follies, Senora, Iriza and So Kate. While the flats clearly do show a variety of brown skin tones, there were complaints about the flats being too pointy. At press time, purchasing options for the flats and most of the heels are also nonexistent on the official website. Also, Iriza “brown” still leans more toward the original nude color. For ballet dancers who look more like Alvin Ailey and Misty Copeland, finding shoes that are skin friendly matter a great deal.

Shoemaker Jacob Bloch, who emigrated to Australia from Eastern Europe, knows this. While his “Flesh” shoe brand looks nothing like the flesh on rich-melanin women, the Bloch Cocoa flatwear shoe gives WOC an option. Branded as “a different kind of nude,” Nubian Skin is also in on the know and has an upcoming variety of brown flats and heels.

For viewers who “Keep Up with the Kardashians,” Kim Kardashian’s upcoming shapewear line Kimono Solutionwear is a welcome relief. It will be available in nine shades from sizes XXS to 4XL. While all press may be considered “good press,” she did get into a bit of a scuffle over the name. The shapewear name “Kimono” received backlash from Daisaku Kadokawa, the mayor of Kyoto, and plenty of others. 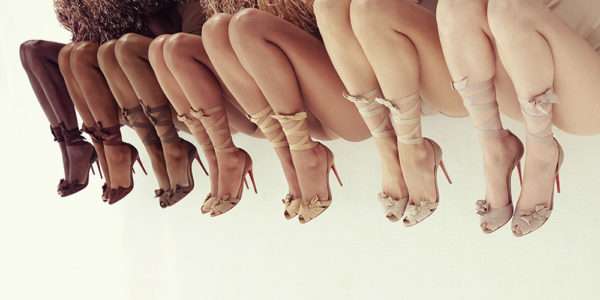 Beyond the Kardashians: Complexions are complex in lingerie brands

But Kim K. did spark more debate about why it’s so difficult to find better options for shapewear. There’s usually one heavy-hitter that gets all the customers: Spanx. This brand’s name is so synonymous with shapewear that it’s about equivalent to people saying “Kleenex” when they really mean “facial tissue.”

For WOC, shapewear such as Spanx and retail shapewear versions usually come in either that same questionable nude color or black. This may be even more frustrating for women who have taken steps to find chocolate selections of bras, underwear and pantyhose. Brands such as Nubian Skin simply don’t look the same if they’re covered up by clashing shapewear colors.

And Nubian Skin has already introduced their own caramel, cinnamon, cafe au lait and berry high-waist briefs and bodysuits worldwide.

While another brand, Nude Barre, doesn’t specialize in selling shapewear, their color options more than prove that brown-skinned women come in a variety of shades: Caramel, Tapioca Cream, Cocoa, Bohemian Princess and Mocha.

While the latter eight brands do support WOC business owners, a casual browse shows these brands have the same kind of black and multi-color options that other well-known brands already have. Rihanna’s Savage line also has the usual shades, even after users take the initial lingerie quiz. And a couple, such as Preggo Leggins and You! Lingerie do not show examples of how brown-skinned women look in the apparel at all. 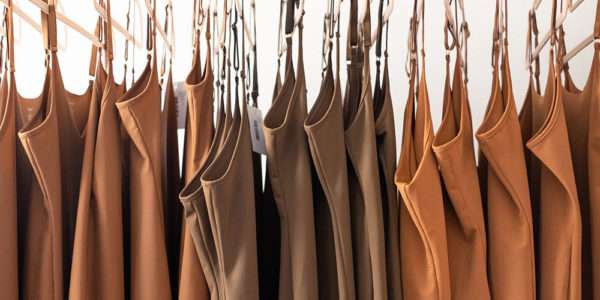 A spectrum of camisoles | Photo courtesy of Nubian Skin

How retail lines can learn from cosmetic companies

While there are shapewear brands that have competed against billionaire Sara Blakely’s Spanx, none are anywhere near as well-known as hers for shapewear specifically. While exposure and quality are initiatives to get women online and in stores, inclusive apparel and cosmetic lines should be clear indications to undergarment apparel lines that WOC want to be seen. 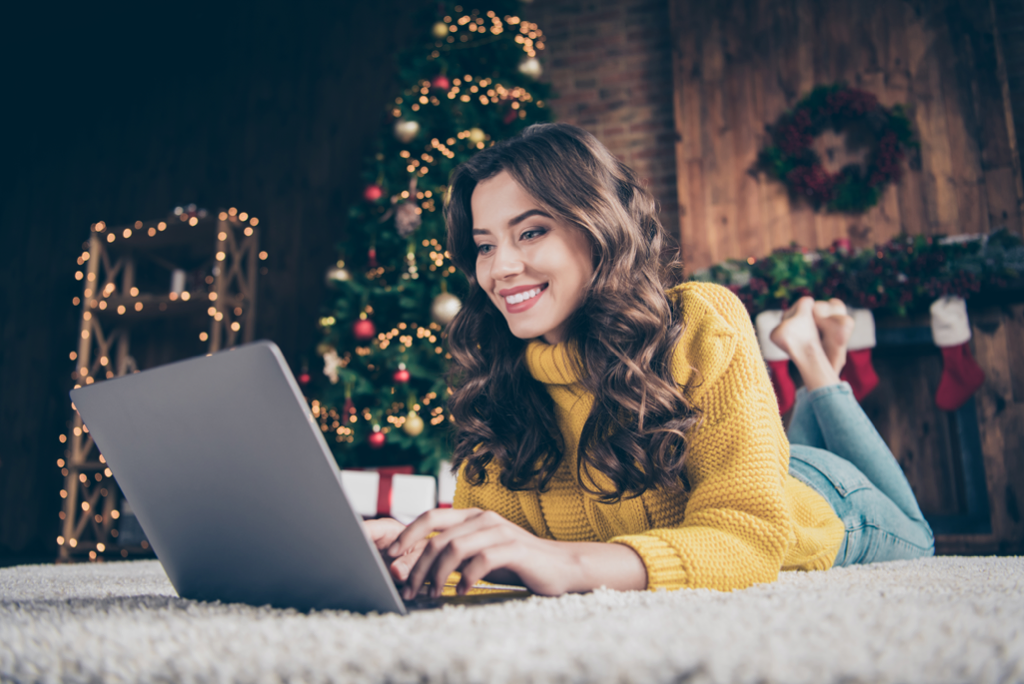