More Retail Delivery Robots to Share the Road in 2020

More Retail Delivery Robots to Share the Road in 2020

[RETHINK Retail] — One of these things is not like the other. That may be the first thought that comes to mind for pedestrians watching a delivery “driver” cruise past them in Houston, Texas. Don’t mind Nuro though. It’s just running an errand.

The Verge describes it as a “giant lunchbox on wheels” or a “mobile toaster.” So where is this odd-looking vehicle going? It turns out these unmanned Nuro vehicles are working hard to deliver groceries for Kroger.

The Nuro vehicle is a self-driving, electric vehicle built to be about half-the-width of a regular-sized car. Customers who opt-in to the Nuro program can have their groceries delivered to the nearest curb, where they will come outside to pick them up. 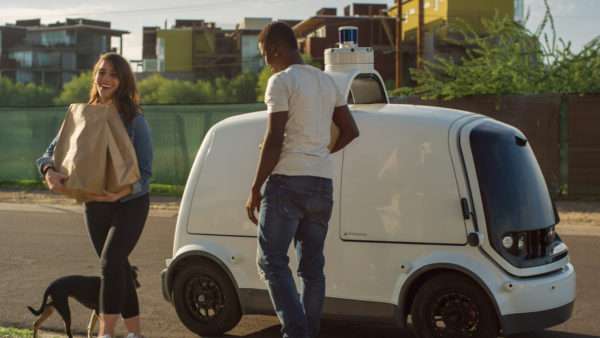 After a short stint in Scottsdale, Nuro moved its program with Kroger to Houston in March 2019, where it has been operating its autonomous vehicles ever since.

And the idea is certainly catching on in the Space City because, beginning in 2020, Walmart will have autonomous Nuro bots on the streets of Houston, too.

But in a world where self-driving cars are still not totally embraced due to safety risks and even fatality, are driverless delivery services more of a fad or here to stay? It appears to be the latter, primarily because unlike self-driving cars, these much-smaller robots can hop on sidewalks, college campus walkways, and avoid some of the higher-traffic areas such as expressways and major intersections. They’re also working wonders in the restaurant industry, too.

While grocery stores are taking advantage of driverless delivery service more often now, the restaurant industry was already on the driverless delivery bandwagon. On Fuse TV’s “T-Pain’s School of Business,” the Season 1 “Masked Singer” winner featured Kiwi food delivery robots. Kiwi has already completed more than 35,000 deliveries in its first two years and can be found on 13 nationwide college campuses ranging from Harvard on the East Coast to Northern Illinois University in the Midwest.

It’s not the only driverless delivery option though. A number of others, reports Verge, include:

But for customers who are concerned about whether these self-driving robots are taking away jobs from drivers, Stanley Tang (co-founder of DoorDash) has a different take on it.

“We actually see robots as something that’s very complimentary to our human Dashers,” said Tang, during a BuzzFeed News interview. “These robots are designed really well for the short-distance, small orders that typically our human Dashers don’t want to take.”

Why the retail industry is embracing driverless delivery

With companies such as Amazon being the driving force in speedy delivery, other e-commerce and omnichannel retailers realized that consumers prioritize being able to get their items in a far speedier manner than years prior. Gone are the days of four-to-six-week waiting times for a package.

Unfortunately, with speedy delivery comes retail’s new issue—porch pirates. More than 1.7 million packages disappear daily due to theft or logistics. And since 2014, at least 23 million Americans have had at least one holiday package stolen from their homes. This is largely after human delivery.

Meanwhile, self-driving robots are adding an extra layer of security, in which customers are sent a text message alert to notify them that their order has arrived. When they come outside, cameras surround the robot to keep track of who tries to open the temporarily locked chamber door.

The future of Walmart driverless delivery

Walmart’s test delivery is currently only intended for local customers’ homes. Now whether these “neighborhood friendly” self-driving electric vehicles will take on larger orders is still in the early stages. But considering Walmart provides products for more than 200 million customers across more than 11,000 stores worldwide, it’s unlikely that these self-driving vehicles will be twiddling their digital thumbs. 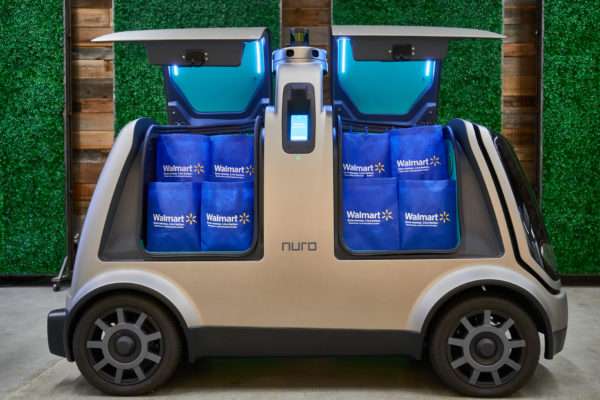 In a world where Walmart has already invested in self-driving robots to clean 1,860 of its stores; 350 robots to scan shelves and 1,700 bots to scan arrival boxes, it was pretty much a given that the retail chain would continue to move toward automated work options.

Whether other retail stores will transition into the kinds of places where the only humans there are customers remains to be seen. But there’s no denying that with self-checkout, online shopping and driverless delivery, the retail industry is continuing to evolve as technology becomes more accessible to it. 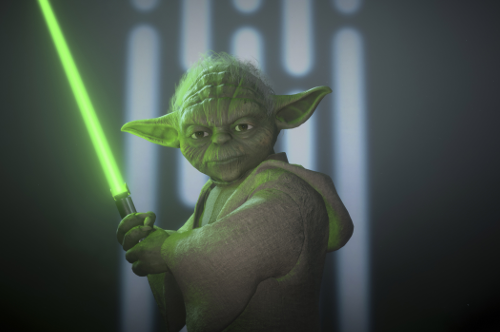 Is Collaborative Commerce the Rebel Alliance Answer to Amazon’s Empire? 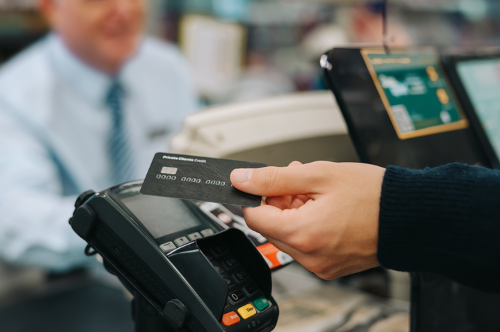 Are Retailers Ready for In-store Robots?

Is Collaborative Commerce the Rebel Alliance Answer to Amazon’s Empire?

Are Retailers Ready for In-store Robots?