Paperbacks and Newsracks, Coffee and Kindles

Paperbacks and Newsracks, Coffee and Kindles

[RETHINK Retail] — In a digital-dominant world where 96 percent of Americans shop online, it may be quite the surprise to learn that print books are still more popular than e-books.

The 2019 report from the Association of American Publishers reported almost $26 billion in revenue last year. Print made up $22.6 billion with e-books clearly trailing behind at $2.04 billion. From trade to education to fiction books, consumers still favor flipping paper pages instead of clicking or scrolling.

But at one point, it may have been easier to believe that paperbacks and hardcovers would go the way of newspapers. In the past 15 years, more than 2,000 newspapers saw their final print days. The ones that have managed to stay afloat have staff that created free blogs and digital exclusives, or digital news memberships. Print journalists have come to grips that the popularity of newspapers will never be what it was before. So why is it that so many physical bookstores and bookstore employees weren’t able to save themselves if consumers are still reading books in print?

The “escape” to a world of books

Eighty percent of people make online purchases at least once a month and 30 percent about once a week. Big Commerce reports that the most popular purchases to buy online are books, music and movies — almost all the items literally in the name “Border’s Books, Music, Movies & Cafe.” So, was Border’s business motto too avant-garde or did consumers just take too long to change their tune? It could be a bit of both. 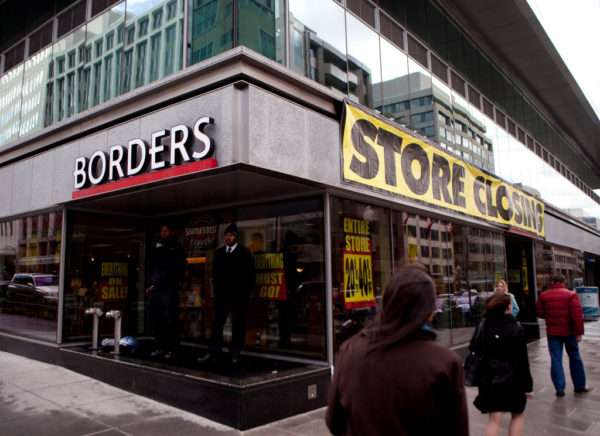 In a CNBC report, Meryl Halls (managing director of the Booksellers’ Association in the United Kingdom) speculated that the book buying emergence is a sign of the times: “It’s partly the political landscape. People are looking for [an] escape, but they are also looking for information. So, they are coming to print for … quite a complex mess of reasons.”

From coffee shops to other bookstores, readers are still “escaping” to eat and drink in cafes and to find new literature to read. But now they’re streaming their own music and videos, sometimes while they hang out in restaurants and retail stores.

Of course, the bragging rights still mean something to a hardcore book reader. According to Hall, “The book lover loves to have a record of what they’ve read … It’s about decorating your home, it’s about collecting.”

Bragging rights and “escaping” may be valid reasons. But there are two much stronger motives overtaking the book buying retail market: convenience and bargains.

Business versus books: one won, many lost

Audiobooks give readers the option to “read” while driving, exercising and other visually distracting activities. E-books give readers the opportunity to share their books with friends, without ever having to worry about unwanted dog-eared pages or food splatter from borrowed print copies. And even libraries started offering digital options, in addition to paperbacks and hardcovers, for the on-the-go reader.

Independent bookstores slowly dwindled out with the popularity of eBay and (now-defunct) Half.com, and heavy hitter Amazon.com, while B. Dalton, Waldenbooks and Hastings Entertainment became a thing of the past.

Consumers didn’t need to leave home to buy a book anymore. They could buy a stack of books from the comfort of their couches and just wait for a mail carrier to arrive. When 11,000 Border’s employees lost their jobs after the company’s remaining 400 stores closed their doors in September 2011, consumers were already well aware of online outlets to purchase the same books, music and movies.

There’s an argument to be made that Border’s shouldn’t have allowed Amazon to handle their online orders. This move essentially gave a competitor all their playbook secrets. Barnes & Noble went a completely different way in 2009 and started marketing their e-reader, the Nook, as soon as customers walked through the entryway. 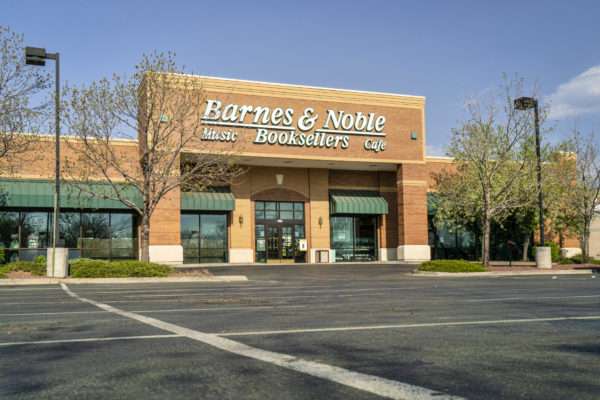 Barnes & Noble, Inc. is the the largest retail bookseller in the United States

Ten years later, Barnes & Noble has held onto its 627 bookstores sprinkled across all 50 states. However, consumers are spying independent bookstores that are popping back up after the dust settled.

When the convenience of digital books become inconvenient

When customers walk into a bookstore and look at the price of a book, including with membership discounts, they are often likely to browse online to see if they can get a cheaper rate. If shipping and handling results on the book costing the same price, maybe the book will be purchased in a brick-and-mortar store. If not, consumers can treat brick-and-mortar bookstores like a “buy me later” button and purchase the cheaper online option when they later leave the store.

But then there’s something interesting that’s happening with bookstores that does not happen in apparel, appliance and grocery stores. Using vitamins as an example, a consumer can zoom in on a popular name brand and opt for the store brand with the same ingredients. But books do not have a knock-off version. And independent authors can sell their books wherever they want in any tangible way, including at independent bookstores.

In order for remaining bookstores to hold onto their customers, they must approach book readers in a similar manner to apparel or grocery shoppers. Customers must be informed of the “bargain” they’ll get from buying at brick-and-mortars instead of online.

“When I see an e-book that sells for twice the price of the paperback version, either someone has lost their mind, is asleep at the wheel, or is deliberately steering the ship toward an iceberg,” Cat Rambo, the president of the Science Fiction and Fantasy Writers of America (SFWA), told GeekWire.

If bookstore retailers keep an eye on their consumers’ financial needs and avoid “icebergs,” they may find themselves with even more loyal and growing customers. 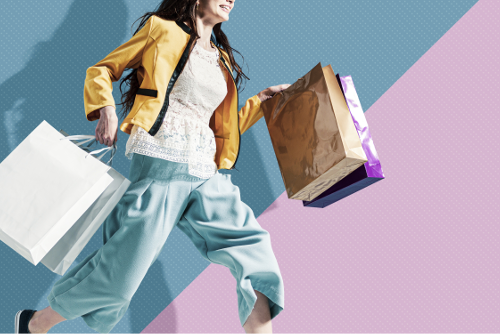 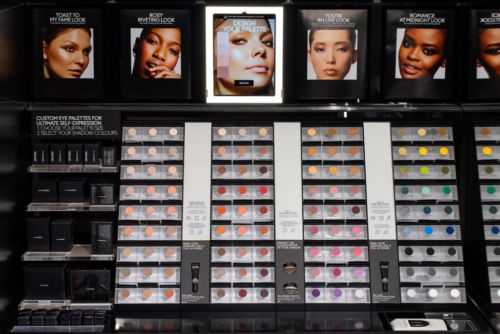 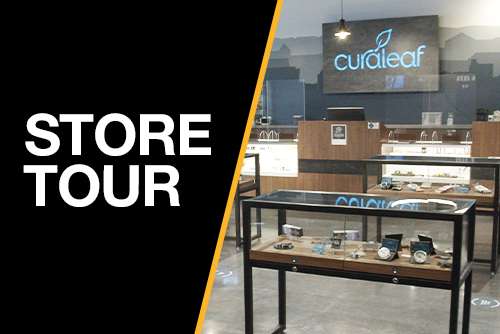 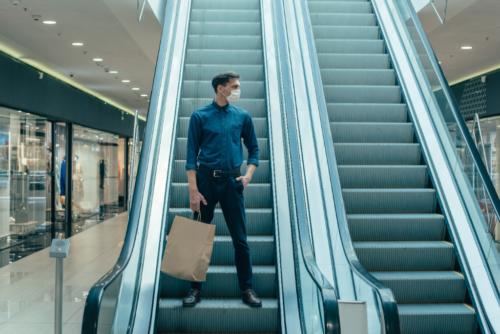 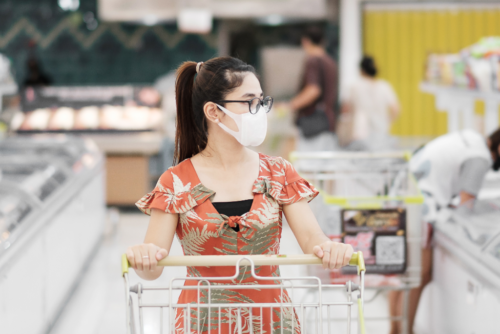 Physical Spaces: Adapting the Retail Experience Post-Pandemic: Now and in the Future
Tweets by RETHINK_Retail
STAY INFORMED
Thank you! Your submission has been received.
Oops! Something went wrong while submitting the form.