The Fight for King Grocer

From Books to Bread, Amazon Is Eyeing a Grocery Opening

The Fight for King Grocer

(RETHINK Retail) — Amazon’s wheels are turning again on another set of products it can get ahold of. Diapers were first. Then books. They even created their own beauty products and partnered with Realogy to invest in real estate. While brick-and-mortar stores observed Amazon inserting itself into multiple markets, grocers may have thought they at least knew what their master plan was with Whole Foods Market: become an Amazon Prime member; save 10 percent on Whole Foods Market items; and enjoy free, two-hour grocery delivery.

But now Amazon is rumored to be trying to skip the middleman and create their own grocery stores. Their 2017 memo, entitled “Grocery Shopping for Everyone,” described a store in which fresh produce and prepared meals were on one floor. Nonperishable items could be ordered online and delivered downstairs during checkout. 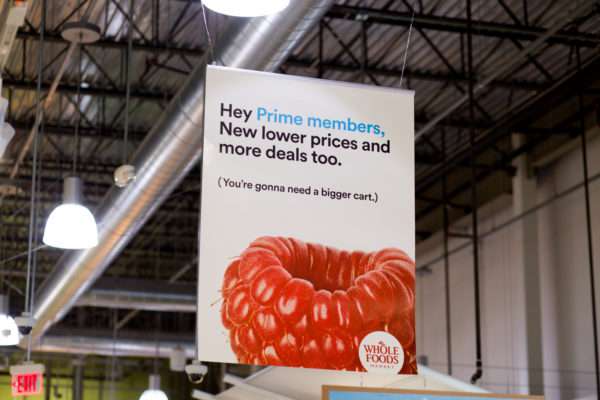 While this imaginary grocery store (according to a New York Times report) hasn’t been publicly introduced, online shoppers can now make use of AmazonFresh if they don’t want to buy products from Whole Foods Market. The main problem is that if a consumer wants an immediate ingredient, waiting hours or days just won’t cut it. That includes Amazon Prime members who live near popular grocery stores such as Whole Foods Market.

Are there as many Prime members as there are Whole Foods shoppers? The answer is no. While more than 100 million people have access to Amazon Prime, only 18 percent of those shoppers spend their money at this particular grocer.

Part of the problem is there simply aren’t as many Whole Foods Markets (500 total) as there are Aldi’s (2,500); Kroger’s stores (more than 2,700); Albertson’s (more than 2,200); and some other state-popular grocery chains. For those who live near a Whole Foods Market, that two-hour time limit may be no big deal. But if they don’t, or don’t want to spend the higher rates for Whole Foods Market products, they’ll go to their neighborhood grocery stores.

This includes one of Amazon’s brick-and-mortar retail competitors: Walmart. And this well-known chain has more than 5,300 stores, including 3,500 superstores. And Walmart lets you order online and pick up your delivery in stores or have them shipped — for cheaper rates than Whole Foods Market. Even Target has same-day delivery for a $99 annual package and/or $9.99 flat rate.

“I think as we look at same-day delivery products, what’s going to continue to erode the Prime membership is that people want their [groceries and] their perishable products,” said Paul Lewis, CMO of digital transformation agency Valtech. “As they see that whoever their perishable supplier is also has the same things that Amazon has and can offer them the delivery services without the Prime membership costs, that’s going to be a big attractor for them and a detractor for Amazon Prime numbers.”

Separating the Amazon Whole Foods Market partnership from other grocers

It’s much more difficult to dispute the quality of Whole Foods Market choices. Their branding is already well-known for being sustainable and socially conscious. The produce, animal welfare-rated meat, responsibly farmed and sustainable wild-caught seafood, and body care products are boasted as “ingredients you can trust.” Whole Foods Market makes a point of partnering with farmers and suppliers, and carefully vetting product ingredients for specifically high standards.

They will not sell products with hydrogenated fats; high-fructose corn syrup; artificial sweeteners; or more than 100 colors, flavors and preservatives commonly found in food. These kinds of food rules are why their prices are so much higher than other grocery chains. While consumers can hope for free-range or grass-fed beef without hormones or antibiotics at more popular grocery stores, they are pretty confident that this concern is nonexistent at Whole Foods Market. 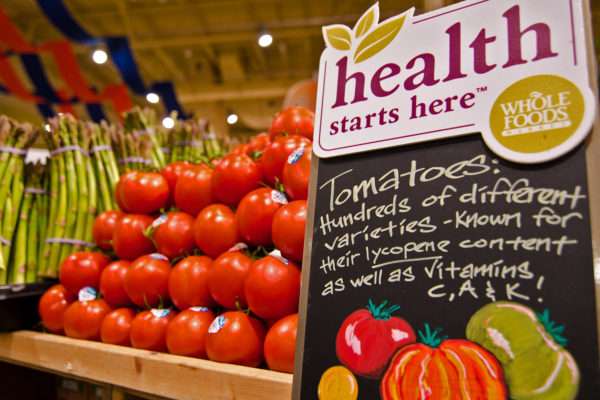 If Amazon were to try to be a competitor of its own partner, it would either have to follow the ethical motto of Whole Foods Market and have consumers pay more for quality. Or, go the route of traditional grocers who charge less for fewer restrictions and less healthy products.

With farmers markets and other retail chains already struggling to stay above water because of this online shopping trend, would it make sense for Amazon to just leave well enough alone? Maybe.

“Whole Foods is obviously a competitor,” said Larry Appel, CEO at the Fresh Market. “I would not undersell the combination of Whole Foods [which] has a generation of experience in delivering all-natural healthy foods to guests with the power innovation in technology as well as resources of an Amazon. If you don’t have a healthy dose of awareness and a knowledge of what they’re doing, then you’re probably not doing your job well.”

Even with the American chain of gourmet supermarkets that Appel is leading, he admits, “Amazon Whole Foods is a powerhouse, and they’re going to be a powerhouse.”

But powerhouse or not, only Amazon can confirm whether they’re satisfied without being an empire all their own.

To listen to the full interview with Larry Appel, visit https://www.rethink.industries/podcast/the-fresh-markets-ceo-larry-appel/ 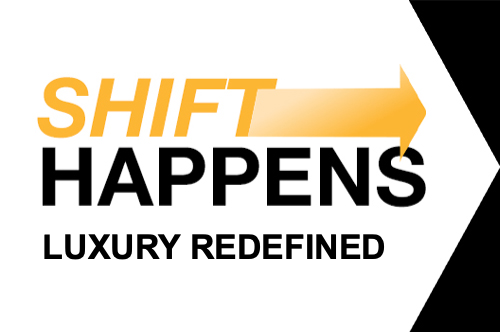 Trends & Forecasts: SHIFT HAPPENS: Luxury Redefined
Tweets by RETHINK_Retail
STAY INFORMED
Thank you! Your submission has been received.
Oops! Something went wrong while submitting the form.