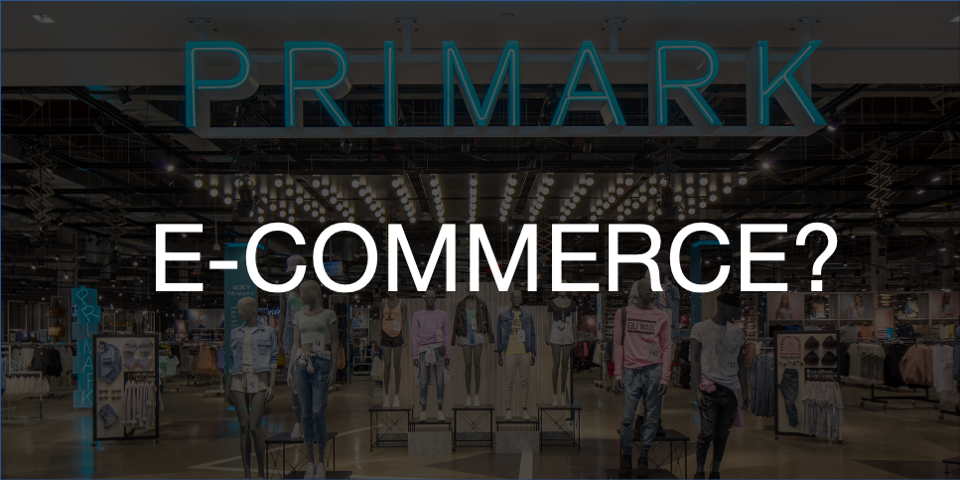 While England and Wales return to another round of mandated COVID-19 lockdowns,  British clothing retailer Primark says it has no plans of launching an e-commerce site.

Despite the growing shift to digital shopping, Primark’s parent company, AB Foods, says the company does not sell online because it does not consider digital to be economically viable given the selling price of its products.

Primark saw a 63% slump in full-year profit due to COVID-19 lockdowns and has reportedly stated that a 2nd wave of lockdowns would dent sales by 375 million pounds.

Still, Primark says it expects full-year sales and profit through 2021 to be higher than the previous fiscal year.

Primark currently operates 11 stores in the United States, with the 12th opening in Chicago in the coming months.

Q:  In the US, competitive brands like H&M and Forever 21 are trimming their physical stores as consumers increasingly move online. With this growing shift, can a fast fashion brand like Primark afford to forego e-com?

Primark is a really good example of the type of business that simply puts its foot down and says, “No, this is how we run our business.” And throughout history, there have been real successes and real failures with this attitude. And it’s quite funny to look at Primark, but I think it’s also important to see that they’re not on their own. They’re part of a bigger group who are the general group of AB Foods, maybe they’re losing money on Primark, but they also sell tea and sugar—which, in England, they’re probably two of the most purchased products at the moment. So I think that they’re benefiting certainly from all the AB Foods Group will be benefiting in general, even where they may be losing on Primark. But as far as e-commerce goes, I think Primark, they’ve definitely not ruled it out for the medium term.

Jesse Wragg:
So, perhaps in a few years, we could see them online. I think Primark’s general attitude towards online is quite questionable, and its priorities are quite questionable. When you look at some of  Primark’s other attitudes, such as climate change, they’re talking about being that zero by 2050. That’s 30 years away. There are entire nations promising to be net zero before then. And I think Primark’s simply playing catch up on too many different fields to even consider online as a real strategy. However, on the other side of it, I think, you could also look at Primark as potentially being quite intelligent. Maybe they’re looking at big stores like the Gap pulling away from shopping malls, as it was announced last week.

Jesse Wragg:
And as you said, H&M and Forever 21 are definitely bolstering their online presence as well. It could well be that Primark is working towards a future where they’re the only high street store. Certainly in the UK, they’re lobbying to have 24-hour shopping in some areas where, they expect that in a lot of high streets, a lot of city centers that they know they’d have the demand, and they’re just pushing to try and get a license to be allowed to open 24 hours a day. So I think that’s an another type of commerce, which certainly in the UK and a lot of Europe at least is far-flung from the norm.

Melodie van der Baan:
I think if Primark considers its competition to be H&M and Forever 21, that it would need to evolve. Because if you look at who the customer of these two brands are, then you would say that this is a person who is shopping online and they are shopping online all the time.

Melodie van der Baan:
So yes, casually, you might stroll into an H&M or Forever 21, but if you’re looking at a 20 something-year-old, they are always on their phone, they are always shopping. And if you have a good will brand name like Primark, then you already have that awareness. And you already have customers who might be wondering, “Gee, I wonder what’s in Primark this week?” And during a time of a pandemic, why not give them a way to buy online? If you already have a customer, why not give them every sales channel available to be your customer?

Jesse Wragg:
It’s a very good point. And I think one thing that you can’t forget with Primark as with every brand, whether or not they want it, their products are already available online. If you look on Amazon and type in Primark, there are products being sold, licensed Primark products being sold on most countries, Amazon certainly on eBay. Whether or not this is authorized, I don’t know. Maybe it’s a ploy from a subdivision of Primark that’s just testing the waters, or maybe it’s just black market sellers trying to make a quick buck, but those products are there anyway. So it’s also possible the Primark is saying, “Well, hey, you know what? We don’t want to use it as a sales channel, but buyers are going there and looking for our products, they’re searching for the products. Let’s at least use it as a marketing channel.”

Melodie van der Baan:
Yeah. It definitely seems like they just have some really deep-rooted beliefs that are causing them to stay on the track that they’re on. Because obviously the means is not the reason why they are not evolving or pivoting. So clearly, it’s a deep-rooted belief that is keeping them on this track.

This conversation first appeared on the Nov. 9 episode of the Retail Rundown.

THINK Tank: Is the Pier 1 Name Worth Saving?