THINK Tank: Will Livestream Shopping Take Off Outside of China? 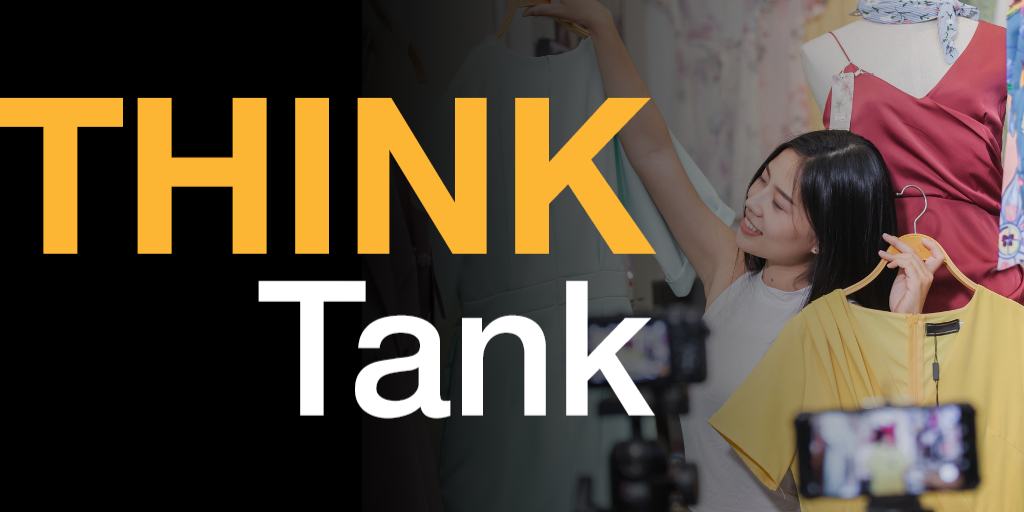 THINK Tank: Will Livestream Shopping Take Off Outside of China?

As more shoppers move online, the majority of retailers believe at least 40% of them will stay online, according to a commercenext survey from April 2020.

But even as governments lift restrictions and retailers begin implementing re-opening strategies, the recovery timeline for in-store foot traffic remains questionable. When we look to China, contactless retail incorporates a greater focus on many digital channels including live streaming.

In fact, over half a billion Chinese engage in live streaming and, according to Alibaba’s Taobao, last year 400 million users watched its 60,000-plus Livestream shopping shows hosted by brand, stores or influencers, and generated $28 billion.

Q: Will Livestream shopping take off in markets outside of China?

Tony D’Onofrio:
The reason I follow China is that China is ahead of the rest of the world in digital commerce, and if you want to study examples in terms of what to do next, they actually are taking the lead. So, for example, they have 600 million people that use mobile payments. Face recognition is widespread. In fact, it’s now being used more for payment, cashierless stores are in the hundreds versus we only have been in the dozens or less in the US, and even less in Europe. I do think live streaming has a possibility because we have the bones of it, for example in the US, with QVC and Home Shopping Network, but that’s not enough.

Tony D’Onofrio:
If you look at what the China market is doing with live streaming, it’s more about really getting content market included in it, having influencers be live, and a lot of entertainment. So hosts are, they’re actually celebrities in the market. They’re micro-influencers and they engage very, very heavily with the audience. In fact, during flash sales, they’ll actually call out their followers by name, and say, “You need to take advantage of this deal now.”

Tony D’Onofrio:
So there is a heavy, heavy focus on entertainment, which to me is a critical component of retail going forward. So it’s about making shopping fun. The challenge for the US and other Western markets is that it’s coming in places where it will help in segments that are struggling. So the last forecast that I just saw, department stores will be down 29% this year, especially soft goods, which includes apparel, will be down 20% this year.

Tony D’Onofrio:
So, it is a good idea. I’m not sure that the brands that are struggling or have the appetite to invest, to really turn shopping into entertainment, with the stats that you cited in terms of really creating a new channel of Livestream.

David Adelman:
I believe they’re calling it entertain-mers, which is a weird name, I know. But we are living in a visual world. I mean, we’ve gone from some typeface back in the old days and script and copy to social media platforms that involve pictures, videos, images, and it’s just progressing.

David Adelman:
A recent study I saw from MIT said that the brain processes 90% of information visually, which really shocked me because we have other senses. Our Sense of smell is very important. Our oral processes are very important. But I think this platform by Taobao, I think it’s amazing. It makes QVC, I hate to say it, look like it’s still in the 1950s.

David Adelman:
When I watch the show now, I’m like, “Oh my God. QVC takes me back now.” But the contrast is severe. But yeah, I think it involves the best of all worlds, really. You can put your best salesperson out there, where, normally, in a retail store, you can’t always do that. You can put your influencers out there. You can have the actors, live demos, and then sell it right online, right as you’re experiencing it. What could be better than that? I think adoption might be better amongst Gen-Z and millennials, as opposed to boomers, because they’re used to these types of interfaces. But, yes, I believe it is the future—but I think it’ll take a while to adapt to North America, for sure.

Tony D’Onofrio:
That totally makes sense, but you got to remember that the store is the most profitable place for retail. E-commerce and all these other channels tend to take profit because you end up adding additional costs, and all you have to do is listen to the last Amazon call where they basically made a lot on the top line when making nothing on the bottom line because they’re spending it all to actually keep the channel going. So, I do think that live streaming is an example that it gets you there, but it’s got to be part of the mix, not the end-all solution.

This conversation first appeared on the May 18. episode of the Retail Rundown.