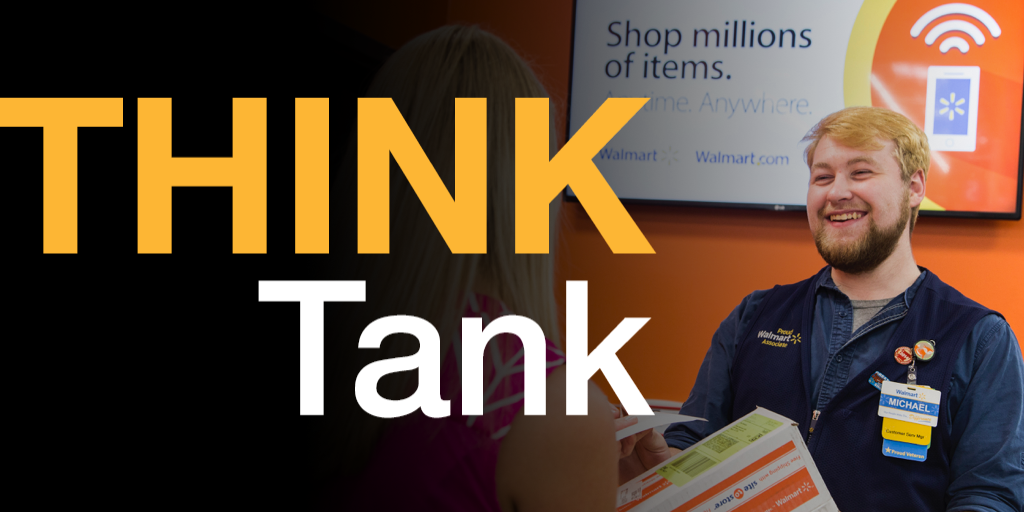 The wage increase is part of its shift to a new workflow model, which reclassifies its floor-level employees from department-based workers to team associates.

The new model will give lower-level staff broader responsibilities while also empowering them with more training and a “wider-path for advancement,” a Walmart spokesperson told members of the press.

The new CEO of Walmart US, John Furner, spoke at NRF’s Big Show last month, where he revealed the company’s new vision.

Furner, who is the former president and CEO of Sam’s Club, told NRF attendees that Walmart plans to invest in its employees—a strategy that, he says, will positively impact retention rates, increase the bottom line and improve customer satisfaction.

Q: With competitors like Amazon and Target already committed to a $15 starting hourly wage, do you foresee Walmart’s $1 wage-increase garnering the morale boost that the retailer is seeking?

Ricardo Belmar: I think this is an interesting one, I mean, I think in the short term there is going to be some morale boost from that. Depending on your point of view, is a $1 increase significant and now if compared to what you just mentioned about Target and Amazon. Long-term, it’s that whatever morale booster is from that I would suspect wears off a bit. Some of the other things though that you mentioned may have a longer-lasting impact and I attended that session at NRF where John Furner spoke. To me it was an interesting session, I read the book that the interviewer was there with John, Zeynep Ton and her book about good employment strategies. I think there’s a lot of interesting things that she talks about, she had in that book for retailer examples that had really good employee and job strategies, including some employers who are known in the retail space for having better benefits, higher pay, higher wages and better working conditions that have that reputation.

Ricardo Belmar: I think the fact is, historically Walmart hasn’t had the best reputation in this area. It’s sort of a love-hate kind of thing where sometimes there is good news that comes from Walmart—like this kind of increase, which if nothing else, it’s good news that they’re raising wages and that’s a good thing for their employees in this case. The real question is it enough or what are the other strategies? I thought at that session it was refreshing to see that he’s taking to heart this approach and the kind of things that Zeynep Ton and her research at MIT have shown about employee practices. It’s good to see Walmart, being such a large retailer, perhaps trying to take more of a leadership role in moving the industry into an area where they are going to have better reputations as employers.

Ricardo Belmar: At the end of the day, we all know the retail industry is, I suppose, perhaps the largest industry employer in the country. It certainly matters. As you mentioned, there’s a tight labor market, especially for retailers. Retailers really have to be a little bit more competitive now both to reduce turnover, and historically retail has a very high turnover rate. I’m sure Walmart is considering that and that’s leading into this decision. It also kind of reminds me of, in the past, the former Starbucks CEO, Howard Bihar, he sort of had a legendary approach in my mind to this.  Having read some of his writings on how they looked at treating employees, his philosophy was that you’re just dealing with people. You should be treating them like people and not treating them like assets.

Ricardo Belmar: It was famously known that the Starbucks philosophy was that their business was about serving people first and, oh, by the way, they also sell coffee. I’m not necessarily suggesting that should be Walmart’s approach but I think there are definitely things that can be done. It’s good to see them moving in this direction. In some ways, I think this is playing catch up to what other large retailers have announced. Again, for example, you mentioned about Target moving to the $15 wage, I think we’ve seen plenty of examples both in general merchandise retail, I’ve seen good restaurant brand examples where they moved to that $15 wage model and can point to increases in revenue because those employees become better employees and they deliver better customer service, which translates into more sales with customers in the stores. I think this is a good thing all around that way, but again, is it long-term morale improvement? I think the $1 increase in and of itself is probably a short term morale booster. I would hope that we’ll see in the near future another announcement of getting another change that moves the needle closer for that $15 that the other retailers are doing and they’ll keep moving things forward and hope and helping morale with Walmart employees.

Laura Heller: I imagine Walmart will do just that, right? Keep moving the ball forward incrementally because that gives them a lot of room to continue to boost morale in small doses for a few years to come given where they were starting. I give them a lot of credit because when I started covering them a generation ago, they were the poster child for a bad employer. Some of that was true and some of it was because they didn’t participate in their own media message and that’s a different conversation. The going was low and they’re going up and they’re doing it thoughtfully, consistently and it seems to be a genuine message, it doesn’t ring false when they’re doing it today.

Laura Heller: In the past, there were some raised eyebrows with some of the things they announced, but as someone who’s been taken through some of the newer stores and seeing the changes they’ve implemented in terms of the mobile technology that is helping employees take a little bit more control over their schedule. And the robotics and technology that’s being put into place in terms of stockroom programs that really are helping to reduce turnover and boost employee morale in a different way than an increase in minimum wage will. Walmart’s benefiting, and the employees are benefiting. You could see a different energy level at the store from this and it’s helping to solve important pain points for the customer. Really, at the bottom line, that’s what Walmart needs to be doing in order to keep doing what they do in terms of business.

RETHINK Retail: This year there’ll be up to a thousand Walmart stores with robots that clean the floors, unload and store items from trucks and pick up orders in stores. Is that going to take away from jobs? Do you think that they’ll reduce the amount of employees or will it just free up some of their time?

Laura Heller: I’ve seen no indication that that is incorrect at this point, right? They have stockroom initiatives and inventory initiatives that are taking some of the worst jobs with the highest turnover and automating them or making them a much more manageable task for the store employees, and then freeing them up to work elsewhere in the store. That’s a win-win for everybody, right? Nobody wants to be unloading dock in Minneapolis in January unloading, right?

Laura Heller: If there is a conveyor belt in an automated process that is making that warmer and more manageable, that’s a great thing, And by the way, those people weren’t sticking around in that role for very long to begin with. It was an HR drain in terms of turnover and not a plus to anybody. Some of the other initiatives have to do with just employee empowerment—the minimum wage, the starting wage and the restructuring of some of the store tasks is a third component. They’re addressing this as an ecosystem in a way that Walmart—and only Walmart—can do, which is in terms of increasing efficiencies and coming up and innovating with their own solutions in this, and not necessarily buying a solution off the shelf.

Ricardo Belmar: Yeah, I have to agree. I don’t see their use of robotics at this point as being something that we should be concerned about causing mass job elimination. I do really think that they are using them in a way that is actually helpful to the employees. Just as Laura said, they are eliminating some of these conditions that are just frankly undesirable, right? Like the loading dock in the middle of winter, in Minneapolis.

Ricardo Belmar:  I think in that case, the use of all these robots is a definite plus. Will there be other examples, maybe not at Walmart, but in other places where this robotic replacement of jobs becomes more of an issue? Sure, that’s potentially possible. I don’t see this as an example of one of those. I think the way Walmart has been doing in applying these robots is as thoughtful as the process we’ve just been discussing of how they’re improving wages and improving other employee training benefits and overall conditions. The robots are just another example of that.

Laura Heller: Just in a totally anecdotal statement here, as a reporter, I get a lot of emails from opposition to Walmart, right? The union organizers and everything else has really decreased in frequency these days. Usually, if Walmart, any kind of positive announcement that somebody might construe as being positive in terms of improving employee perks and benefits in wages, I would immediately get a response saying, “That’s not true and we take them to task on this, this and this.” I haven’t gotten that here. Maybe there really is some truth to it, maybe there really is some real employee sentiment that’s being changed over time.

This conversation first appeared on the Feb. 3 episode of the Retail Rundown.