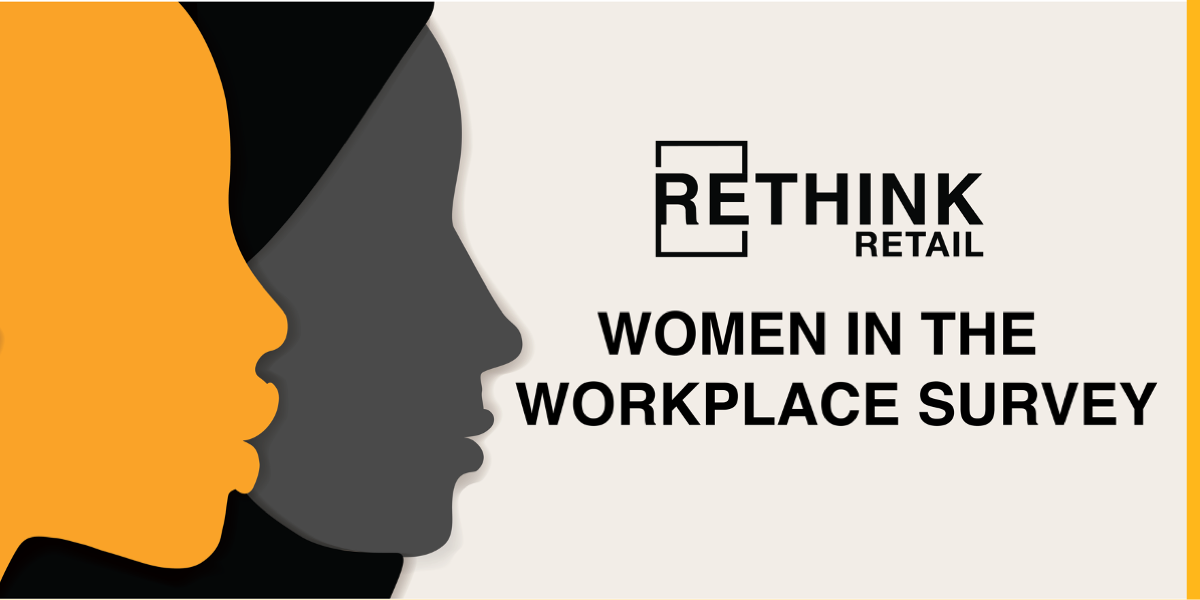 At the close of 2020, women held just under 8 percent of CEO positions at S&P 500 companies. And although this number may seem dismal when compared to the near 92 percent of male-led companies, women have made gains in leadership roles during the COVID-19 pandemic.

In fact, the number of women CEOs at Fortune 500 and S&P companies has risen from 6 percent in 2019 and is projected to increase to 15 percent by 2025. While these numbers point to a better, more opportune future for female leaders, we wanted to hear from women themselves about how they feel about their status as a woman in business.

During the 2021 Shoptalk Meetup for Women, held May 11 – 13, RETHINK Retail had the opportunity to virtually sit down with dozens of the remarkable women who keep the retail industry moving forward. During the event, we surveyed 30 female participants about their position in the workforce and how being a woman has impacted their careers. Here’s what we found: 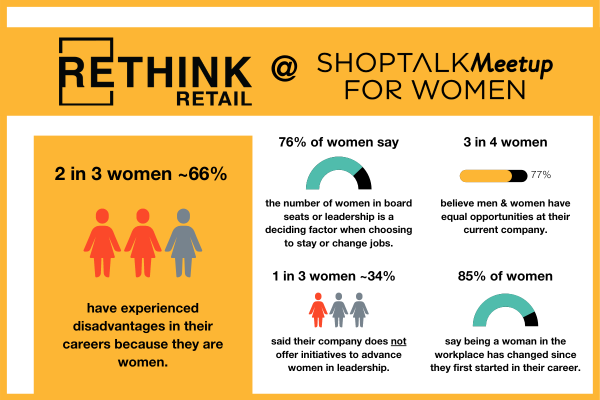 To shed some light on why two-thirds of women could feel disadvantaged in the workplace, we spoke with Sucharita Kodali, vice president principal analyst, retail at Forrester. Kodali said there are many institutional hurdles that come with being a woman in business, many of which are related to motherhood.

“Women have unique challenges if they are working moms,” Kodali said. “Most companies just don’t allow the flexibility that is needed to be a great mom and a great employee. Some do and those organizations often have women at the top.”

Kodali also told RETHINK Retail that women have a hard time securing top leadership roles due to a lack of executive sponsors and biases about whether they are the best candidates.

Numerous studies have shown that high-achieving women are often judged more harshly than men and are more likely to receive vague feedback that is not connected to objectives or business outcomes. This comes as a disadvantage to women when they are seeking new opportunities, competing for promotions, and even in terms of professional development.

”  We need to stop classifying women as emotional or aggressive, stop the judgment of the message delivery, and start listening to the point of view and ideas instead,” Courtney Hawkins, VP of Retail at TheRealReal.

While there are workplace biases that have lingered past the pre-feminist era, women also need to check their own biases—against themselves.

Research released by LinkedIn shows that in order to apply for a job women feel they need to meet 100 percent of the criteria while men usually apply after meeting about 60 percent.

When speaking on this notion, Sarah Rogowsky, director of digital strategy and future experience at Lululemon Athleta, told RETHINK Retail that her advice to women is that they need to focus on “seeing [themselves] through the lens of others versus seeing their own criticisms.

Leah Spector, brand manager at BIGCOMMERCE, told RETHINK Retail that the best thing a woman in business can do is be confident, assert herself, and not be afraid to step outside the lines of her specific job role.

“  Be visible and present. If there’s a project that sounds really interesting but you are not sure you can do it, pick it anyway because you will figure it out. You will never regret taking a challenge like that. Feel the fear and do it anyway,” Beth McNeely, Head of E-Commerce at Charlotte Tilbury.

Although there are challenges still in place, an overwhelming majority of the women (88%) we surveyed said they believed being a woman in the workplace has changed since they first entered the workforce.

What’s more,  65 percent of the women we surveyed also said there are initiatives from their company to advance women in leadership—a sign that many companies are putting a true focus on creating equal opportunity for women in the workforce.

Recruiters are even working to combat initial selection bias from their searches, too. According to data released by LinkedIn, more companies are implementing anonymized hiring and removing key gender and race identifiers like names and photos from candidates’ applications.

For the next generation of female leaders, we believe the path forward has never been brighter. And the women we spoke with seem to think so too.

During her Shoptalk meeting with RETHINK Retail, Maya Menon, director of marketing and communications at Swap.com said, “You might want to plan for the worst-case scenario but don’t forget to plan for the best case, too. And be optimistic. This is the right time for you to be thinking ahead and thinking as big as you can.”

“  It’s all about the people! Aim to hire, work for, and surround yourself with people who you trust and are the best at what they do. Continuously find ways to and always be open to learning and growing,” Nikki Kaufman, Co-Founder of CAMP. 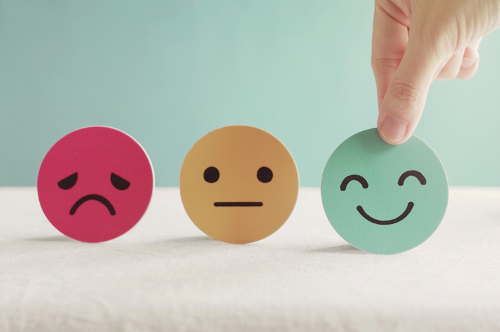 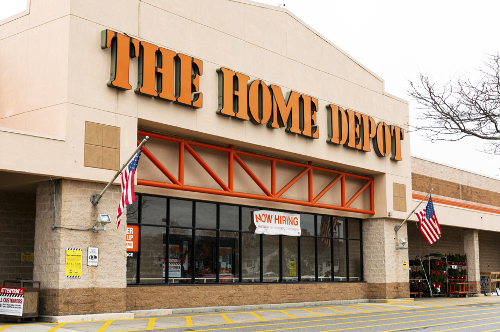 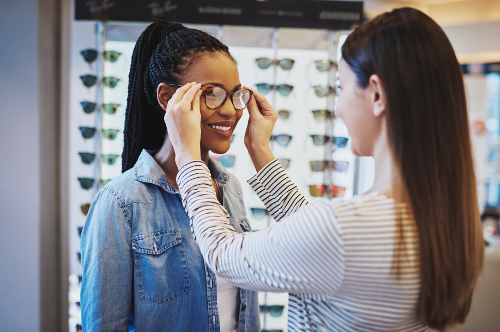 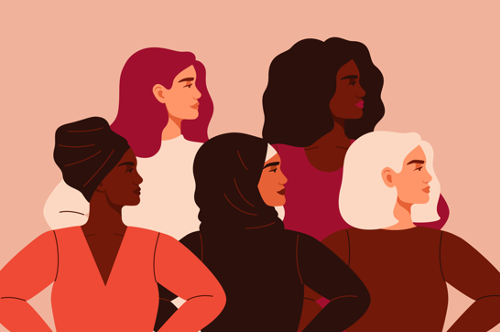