No time for news? We’ve got you covered. Welcome to the Retail Rundown, your go-to weekly podcast where RETHINK Retail teams up with industry experts to deliver the top trending news stories in retail.

Hello, and welcome to the Retail Rundown.

For those who are unfamiliar with the event, Future Stores is a semi-annual retail conference held in Miami and Seattle. The event is an intimate, yet productive, gathering where the who’s who of retail congregate to discuss, you guessed it, the store of the future.

Our team was on the scene interviewing big voices from brands like Ashley Homestore, Perry Ellis, Unode50 and Walgreens, as well as tech vendors like Shockoe (pronounced shock-o) and Element AI.

Today we will recap the event by hearing from a handful of retail thought leaders we met with during last week’s show, beginning with our very own Ricardo Belmar.

Hi, I’m Ricardo Belmar. I’m the Senior Director of marketing for Info Vista, and this is actually the first time I’ve been to a Future Stores event, the Future Stores, Miami. What I really found has been interesting in my time here in this event is, which I think is a positive too, is that there’s definitely a strong energy from all the attendees that stores are here to stay.

In fact, I was in one session where someone asked the question to the panel members that were speaking in that session, did they think stores are still going to be around in 10 to 15 years or will other channels just take over? And I was pleased to see there was a resounding yes from everyone, that absolutely stores will still be around in 10 to 15 years. Really, the issue is what will they look like?

And I think that’s something that maybe had started to drift away, which maybe is what has created this boring middle area of retail stores that we hear about all the closings all the time. And I think that’s because stores have to adapt and it’s not a sense of adapting because of any threat from online. I don’t personally subscribe to this idea and I think many of the attendees here agree. Online, it’s important, but it’s not about is it online versus physical? It’s not even so much about integrating online with physical or integrating digital with physical stores.

It’s really more about how the different channels interact and how they all work together to bring a customer to the brand to buy something. They may buy it in the store and may buy it online or another channel. It really doesn’t matter at the end of the day. Your goal is just to get them to buy, and go from shopping to buying.

So I think that’s been a pretty consistent trend. I hear that across all the different sessions. I actually enjoy that you saw [inaudible 00:03:36] heard from different formats. So there was a session from Neighborhood Goods, which I think a lot of people that I talked to found interesting. Not everyone was familiar with the format at Neighborhood Goods, so some people were very interested in hearing about it.

I think this idea of retail as a service has come up in a few different sessions in terms of how brands are curated and collected and presented to customers in a store, which really makes the store a little bit more about the visual nature of being in a physical space. So it’s not just about putting products on a shelf, it’s on how you use the products to tell the story about what it is that you’re offering that customer. And I think that’s been another pretty consistent theme.

So for me, those really have been the big takeaways.

I’m Jennifer Stone Williams. I work for Perry Ellis International. I’m VP of Retail Services. So, all things in terms of execution at department store for our brands..

So, I think it’s about our partnership, our vendor collaboration with them, so that we can understand how they will be doing things differently to drive more traffic and more customer engagement in their stores. Then, we as vendors know how to support that. So I think that everything will be evolving. And I think that department stores can learn from digitally native brands as well as small, more vertical because they’re very nimble and fresh. So I think that we keep our eye on everything in order to learn.

As I really look at the retail landscape, to us, bricks are a huge part of our future. And right now it’s the major growth of our organization. So I said to myself, if this group of people, it’s a dynamic group of people are going to end up changing and growing and morphing and different people will come representing the same companies, different brands.

But I look at the brands that are represented today and I say, how could you not want to be a part of this if you’re in retail? So if you don’t want to be a part of future stores, fundamentally what you’re saying is everything we’re doing is okay and we don’t need to learn from anybody else. And I would never be stupid enough to say that.

So how is the store changing in the next two to five years? So two and five are vastly different. So I have a feeling that it’s a trend that you can start to see things that might happen within the next two years. That’s 700 days, five years scares me. I think that’s a longterm perspective, and we could take a swing at that. But I would tell you that today, you really have to understand who your customer is. And there’s a data-driven approach to that you can see who’s already purchased from you and if you’re not happy with that, if you’re not happy with your current identity, you can attempt to adapt that.

My name is Gustavo Romero, I’m an account executive and I worked for a company called Shockoe.

My name is Jason McNary and I’m the chief executive officer for the American market with UNOde50.

UNOde50 is a fashion jewelry company based out of Madrid, Spain. To elaborate on the name, UNOde50 is one of 50 so our organization started in the past with the creative designer Jose’ Azulay producing one of 50 units.

I attend Future Stores Conference, this is my second year in a row attending. And I have to tell you that one of the biggest reasons I come is for the community of like-minded retail individuals as well as the vendors that are present as well.

I think the biggest, one of the biggest changes that retailers have gone through over the past decade is actually in terms of store architecture, how we build the retail storefronts, what they stand for. And I think that that will continue to evolve and change over the next decade as well.

Well, there you have it, folks. From the storefront to the backroom, the physical retail landscape is in a stage of serious transformation. As Gene so eloquently put it last week “The future can happen to you or for you.”

We’ll be back next week with our regular format — and if you want to sign up to attend Future Stores Seattle in June, which we highly recommend you do, visit futurestores.wbresearch.com.

Until next week — I’m Justin White, and this was your Retail Rundown.

Retail Rundown: The Evolution of E-Commerce with Profitero’s Sarah Hofstetter

The world is changing all around us — and retail is too. In this episode of the Retail Rundown, we talk to e-commerce expert and President of Profitero Sarah Hofstetter on the big opportunities for digital retail.

With a return to stores on the horizon, guests Ricardo Belmar and Trevor Sumner discuss how retailers can reinvent their store experience beyond curbside pickup.

Retail Rundown – Welcome to 2021: Predictions for the Year Ahead 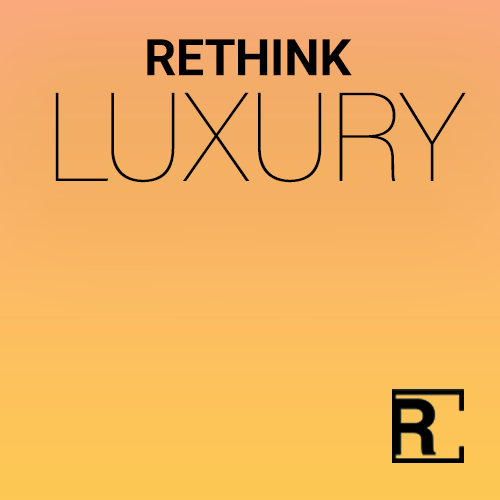 We take a deeper look at connected experiences and the digital tools that are transforming the luxury retail industry into a place where shoppers can touch, sense, smell and dream bigger and bolder than ever before…

RETHINK Retail’s Year in Review Special. Join us as we rundown the year with clips from episodes past. Featuring commentary from Ricardo Belmar, Carol Spieckerman, AJ Mak and Chris Ressa.